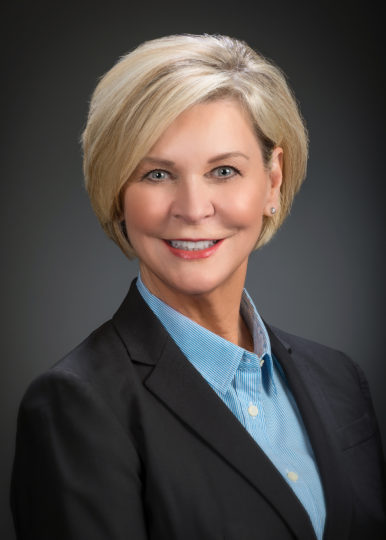 Cathy J. Pace is President and Chief Executive Officer of Allegacy Federal Credit Union, one of the largest credit unions in North Carolina, with over 1,800 member companies including the two largest medical organizations in the Southeast and three nationally prominent law firms.

In her 40 plus year tenure at Allegacy, Cathy has held numerous positions of increasing responsibility and has led some of the Credit Union’s most successful initiatives including the company’s name change in 2001, a brand audit study, and a nationally renowned and recognized holistic wellness program. Over the past four decades, she has played a critical role in Allegacy’s growth from 17,000 members and nearly $50 million in assets in 1978 to more than 164,000 members and almost $2 billion in assets today. In addition, during her tenure at Allegacy the Wealth Management program has grown to include nearly $1.6 billion in assets under management.

Cathy is the recipient of numerous awards including the Triad’s Most Admired CEOs, Triad’s Top 40 Most Influential People, Triad Power Player, Women in Business, and Business Leader’s Women Extraordinaire. She was named “Marketer of the Year” by the Credit Union Executives Society, “Woman of the Year” by YMCA of Forsyth County, and a 2016 recipient of the YWCA Women of Vision Community Catalyst award. She was recently announced as one of five Outstanding Women Leaders of Winston-Salem for 2020, as a result of her leadership, business achievements and mentoring to future women leaders in our community.

Cathy serves on numerous boards including the regional advisory group for Wake Forest Baptist Medical Center’s (WFBMC) Comprehensive Cancer Center, Wake Forest School of Business Board of Visitors, Greater Winston-Salem, Inc. where she is Board Chair-Elect, and the Trellis Foundation. She also serves as a board member for PSCU, a national credit union service organization that supports over 1,500 credit unions, and was recently elected to the Executive Committee of PSCU’s Board of Directors for 2021. She also previously chaired the Advisory Committee for the CUNA CEO Roundtable and formerly served as a board member for Cancer Services Inc. and WFBMC’s Board of Visitors.

Cathy attended Salem College and is a graduate of Leadership Winston Salem flagship and INSIGHT programs. She is also a graduate of the Credit Union Executive Marketing Institute and Dale Carnegie Institute.

We appreciate your patience.

Online Account Opening and Loan Applications are currently not available. These services will be available soon. See you then!